Owl on Buckskin Rd: Shane decided he couldn't cut down the tree where our Resident Owl lived. Love the picture and had to share. 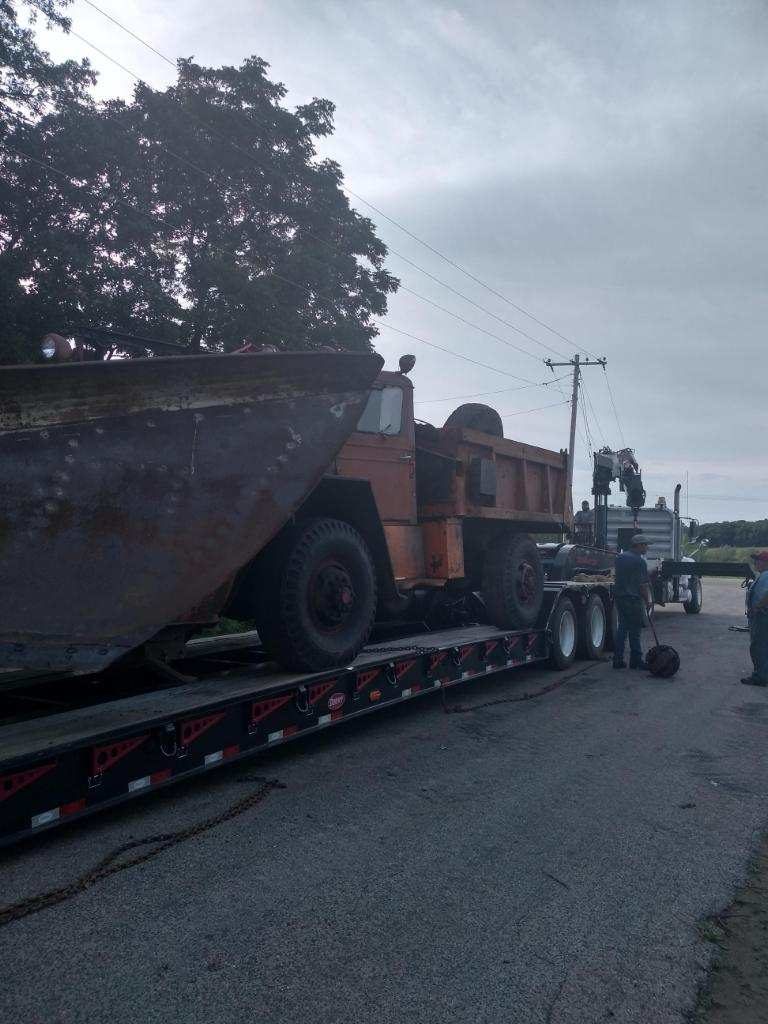 July 20,2019 The 1945 and 1949 Oshkosh snow Plows were moved from Washington Township garage by the new owners from Monominee Wi. The owners had to deal with a storm going though at the exact time they were getting loaded. They came prepared and no problems getting them loaded. Don Luchsinger came and filled in for Shane Luchsinger as the storm called Shane out to clean up a lot of trees that had fallen down. Those Oshkosh trucks were such a part of Town of Washington history.